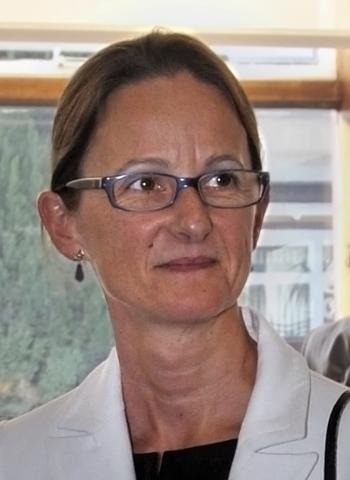 Nell became Director of the TCC in 1991 and led its merger with the University of Southampton in 1999, enabling the transition of the textile conservation programme into a masters’, a new MA in museum studies, and the development of the commercial conservation service alongside an active research culture.

Since the new centre opened in 2010, Nell has been intrinsic to its success, raising nearly £1.25 million to support the move and fund student bursaries and equipment.

Professor Frances Lennard​ said “We are hugely indebted to Nell for her continuing support which makes such an enormous difference to the ability of students to take up their places on the programme and in enabling us to buy cutting-edge equipment.”

In recognition of her contribution, Nell received a vintage silver photo frame presented by the TCF and a special card created by two of the second year students and signed by everyone at the CTC and TCF.

Nell has been a Trustee of the Anna Plowden Trust since 2001.