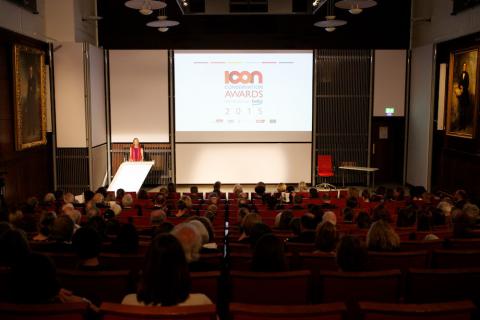 The winners of the Icon Conservation Awards 2015 were announced at a ceremony hosted by the Royal Academy of Art’s Artistic Director Tim Marlow on Thursday 22 October at the Institution of Mechanical Engineers.

The 2015 Anna Plowden Award for Research and Innovation was won by Tate, for the Rothko conservation project.

MANY congratulations to the Tate team!

Following an unprecedented incident of vandalism, the Conservation Team at Tate rallied international experts to meet the challenge of removing indelible graffiti ink from one of its most beloved paintings. The judges were impressed by the Tate’s strong application of fundamental research, and considered, thoughtful conservation treatment which resulted in an unusually close collaboration between conservators, scientists, curators and Mark Rothko’s family.

The Rothko project team was led by Patricia Smithsen and team members were Bronwyn Ormsby and Rachel Barker.  The judges of the award were chaired by David Saunders, Chairman of the Anna Plowden Trust.

2015 also marks Icon's tenth anniversary and this spectacular ceremony was a very fitting celebration of Icon and of the country's best conservation projects.

The images from the Icon Awards event are included by kind permission of Icon and photographer Paul Hampartsoumian. 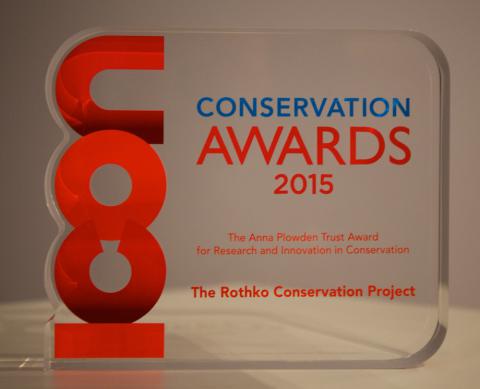 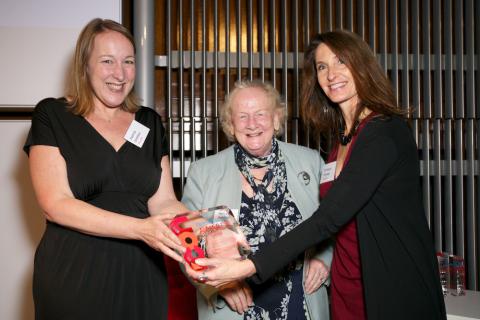